Time for a little reminder perhaps. According to

Quinlan, K. M., Male, S., Baillie, C., Stamboulis, A., Fill, J., & Jaffer, Z. (2013). Methodological challenges in researching threshold concepts: a comparative analysis of three projects. Higher Education, 66(5), 585-601.
There is but one essential definition of a threshold concept – it is
“a transformed way of understanding or interpreting or viewing something without which the learner cannot progress.”

Meyer states two features of a threshold concept which are non-negotiable;

– A Threshold Concept is epistemologically transformative (transforms your way of knowing)
– A Threshold Concept is ontologically transformative (transforms your way of being)
And they are therefore assumed to be troublesome, because things that transform your ways of knowing and being inevitably are.
A positivist view would be that there are certain threshold concepts inherent in any given field.
A constructivist view would be that threshold concepts are co-constructed by students, teachers and researchers, and are therefore not inherent in any given situation. 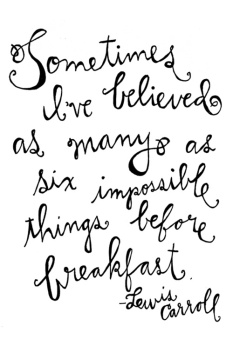 Adopting the phenomenographic tradition would lead us to state that there may be multiple correct conceptions.
So – we return to reflections on my last supervision session (28.04.16 10:30).
We broadly discussed my update on recruitment of research participants.  Prof. McHanwell (Newcastle)had assumed  I would interview my expert entrepreneurs until I reached saturation (that is, until no further new themes for candidate threshold concepts emerged).  This was a new perspective as until then, I had assumed I would set out to interview say 30 expert entrepreneurs whether or not saturation was reached earlier.  He also suggested I might have one set of people that I interviewed, and another (perhaps with some overlap with the first group) that formed the expert panel.  I’m not sure about this.  I’m hoping that the relationship I develop with my interviewees will increase the likelihood of their engagement with the prerequisite number of rounds in the Delphi study.  If I haven’t interviewed a prospective panel member – I’m not sure whether they would participate in a Delphi Study but I suppose they might.  It might even be less onerous for them that way.  I think I’ll see what my success rate is on the approaches to members of the Entrepreneurs Forum, and the two introductions I got from my first pilot interview.
The key things that have emerged from the 2 pilot interviews conducted to date are:

This prompted Ray to raise the issue of teleology and Foucault, although I think I need to find a philosopher of history to explain that one to me.  I think it might be pertinent to me in relation to my first new question, because it perhaps implies that the entrepreneurs may have adapted their entrepreneurial practices over time to achieve particular context-specific ends, and any particular experience may not necessarily build on the experiences gathered in the previous one.  How does that sound?

It also may explore the ontological shift that crossing a threshold concept entails.  How do failure and failing change you?  The temporary nature of failing makes it into a potentially positive opportunity to learn, whereas the finality of failure is irrevocably negative in its connotations.

For a useful critique of Threshold Concepts, Ray recommended:

Rowbottom, D. P. (2007). Demystifying threshold concepts. Journal of Philosophy of Education, 41(2), 263-270.
Then we participated in an unnerving confusion regarding when my formal progression review was.  The paperwork said 21 months following commencement, Nicola checked and the response stated that my review was to be June 17.  We assumed this to be June 17 2016, with 21 months stated instead of 12, but it turned out to mean June 2017 (date to be confirmed).  Phew.
For our next meeting on May 26th, I will send through my paper for the Threshold Concept conference in Canada and we will review it together.  I should have a day or two the week before to polish it up.

Since my last post a lot has happened, but I haven’t read or written much which can’t be good, but is not entirely surprising retrospectively.

An alternative to NVIVO?

I attended an excellent workshop on Nvivo at Durham with David Heading (The Durham Difference, CAROD).  Key messages were;  it needs a lot of space or it will slow things down to an unacceptable level;  it’s probably not a good idea to use it to store actual voice recordings unless you’ve got A LOT of space.  NR (Nicola Reimann – Supervisor) advised me to try using it from the very start.  To get the most out of it, you really have to invest time familiarising yourself with it and learning your way around, so it might be best to start with a little project – say my pilot interviews – rather than wait until I’ve got all my “proper” data gathered and expect it all to go swimmingly.  I should expect to create a NODE structure, and then bin it for certain the first time.

ACTION – transcribe my pilot interviews and upload them to NVIVO and start coding!

In addition, I managed to secure some funding from Northumbria for an exciting invention (sadly nothing to do with Entrepreneurial Education – except perhaps demonstrating an aspect of what might be termed entrepreneurial behaviour), but certainly another helping on my plate.  Together with organising a Digital Garage Event from Google, planning module delivery for EBM (BA (Hons) Entrepreneurial Business Management) next academic year, preparing for the ECSB Conference and the Threshold Concept Conference, organising a Leadership Development day for our 2nd year students, visiting Darlington College to market EBM, trying to find out how to manage risk on a proposed student project involving a 3rd party, reconfiguring the programme space at NDC for next year, supporting the Young Enterprise regional finals, interviewing prospective EBM students, attending the inaugural dinner for the Entrepreneurial Chapter of Northumbria Alumni, delivering my usual teaching commitments, marking….things have been fairly hectic.

Elaine Hall (Reader, School of Law) convened 2 other really stimulating sessions with our growing band of Threshold Concept enthusiasts in the Faculty of Business and Law (4th April 2016, and 27th April 2016 ).  We discussed the importance of language as the key to matching what’s signified with the signifier and enabling the crossing of a threshold concept.  There has to be a dialogue to unpick where the differences are in people’s understandings.  The use of visual research methods is interesting here and has many advantages in helping people articulate their current levels of understanding.  We also discussed the importance of the teacher’s intent and their awareness of their own intent.  Elaine mentioned the nature of assignments in the context of measuring the crossing of threshold concepts – she felt they (the type of assignment that attempted to measure if a threshold concept had been grasped) would be likely to be the type of assignments where it would be desirable to award 100% – if you’ve “got it”, you’ve really got it, and if you’ve not, you’ve just not.  We also wondered; are threshold concepts a personal thing?

Perhaps there are levels/a range of threshold concepts?

This need for dialogue and reflection is a useful underpinning argument for the coaching sessions in the EBM programme.  It also emphasises the importance of designing in “liminal spaces” to facilitate the crossing of threshold concepts.

In the second meeting we realised we were falling into some categories – pragmatists (getting the room booked bringing snacks!), positivists (trying to identify threshold concepts in their own disciplines) and interpretivists (what is the nature of the concept in different contexts.)  Do we try and identify TCs? or do we create a space where they can be collaboratively constructed? It could be argued cheekily that Threshold Concepts represent constructionism for positivists, Piaget for people that would be insulted if you referred them to child psychology.

We moved on to consider cognitive effort. I wondered what relationship there might be between cognitive effort and troublesome-ness? Perhaps also there might be a connection between psychological capital, cognitive effort and troublesome-ness.  So what one person may perceive as a Threshold Concept, may not be perceived as such for another, as the two people may differ in their cognitive ability or psychological capital. So lifting a heavy weight would be easy for a weight lifter, but not for an ordinary person. Even after intensive training, people’s abilities to lift heavy weights would vary.  But it’s the ability to lift the weight that varies, not the weight itself.

Effort-ful is different from troublesome.

I got ethical approval from Durham for stage 1 of my study (Delphi Study of Expert Entrepreneurs) and for data gathering at the ECSB 3E Conference!

I met up again with Steven Gibson from the Entrepreneurs Forum and he was very positive about contacting members on my behalf, so we agreed a list of 8 and I gave him a copy of my introductory letter which he will modify and send out.  Fingers crossed there for some responses!

I  met and interviewed my first two entrepreneurs to pilot my interview format.  The feedback was extremely useful and all my recording equipment worked!  I will include two additional questions as a result – one around key learnings at various stages of starting up a business, and another about the differences between entrepreneurs and non-entrepreneurs.  It is likely that I will be more successful getting willing participants from referrals, as opposed to unsolicited approaches, so I will do both.

Professor Steve McHanwell (Newcastle) also kindly agreed to meet with me, following an introduction from NR, to allow me to pick his brains on his experience of conducting Delphi Studies.  His top tips were:

And I learnt a new word – phronesis – practical wisdom, perhaps another way of describing the threshold concepts of entrepreneurship?

“Phronesis (Ancient Greek: φρόνησις, phronēsis) is a Greek word for a type of wisdom or intelligence. It is more specifically a type of wisdom relevant to practical things, requiring an ability to discern how or why to act virtuously and encourage practical virtue, excellence of character, in others.”

He directed me to Shulman’s Signature Pedagogies which definitely deserves more exploration.  Habits of mind in the professions and all that…

He also drew my attention to the book

Chris Simmonds (Faculty of Law, UNN) recommended “Speculative Everything” by Dunne & Raby (2013), and I managed to get a copy from the library.  It’s in high demand and I could only keep it for a week, so I bought my own copy.  I think there are some very interesting ideas in it that possibly connect effectual concepts with design and conceptual thinking. The process of making concepts into physical things is really stimulating and must have possibilities for opportunity recognition.  The most interesting idea I have read about so far is the animal free living leather jacket, that grew out of control and had to be euthanized!  Possibilities of learning about effectuation and ethics at the same time!

I also attended a fabulous talk by Baroness Susan Greenfield entitled ” A day in the life of the brain”.  I loved this cartoon she used – encapsulates the space I’m looking into!

It was also really interesting to learn how our senses vary in the amount they are dependent upon cognition.

And that hot chocolate tastes more chocolatey in an orange cup!

And that loss of the sense of smell is one of the first signs of Alzheimer’s.

So that takes me up to my next supervision meeting – which I think I will make into a separate blog post!